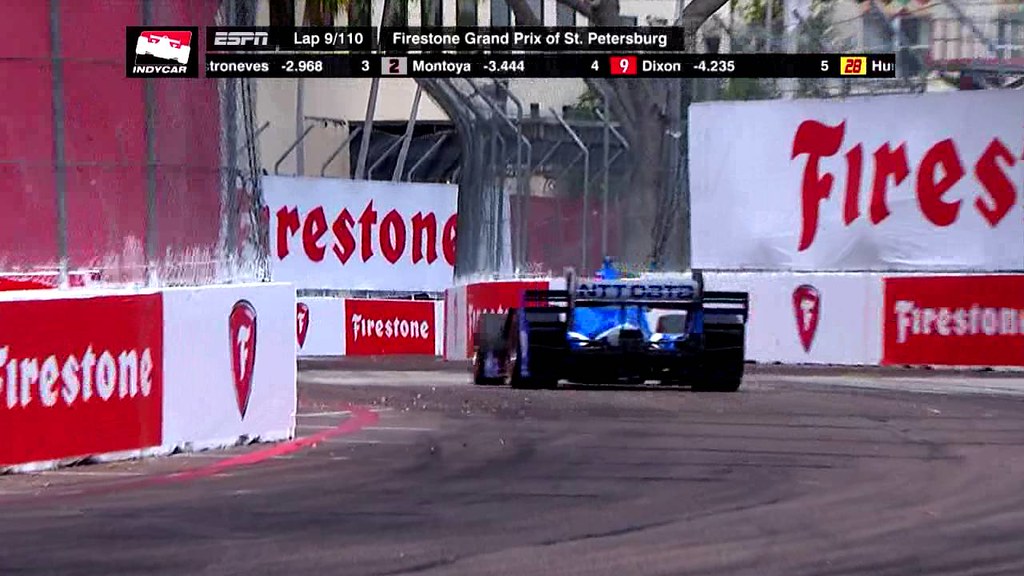 ST. PETERSBURG, Florida – If the opener is any indication, the Verizon IndyCar Series is in for one of its wildest seasons in 2018.

Sebastien Bourdais repeated as winner of the Firestone Grand Prix of St. Petersburg, but only after Robert Wickens and Alexander Rossi collided while battling for the lead on the next-to-last of 110 unpredictable laps around the tricky temporary street course.

For Bourdais, the spoils are the 37th victory of his Indy car career, which ranks the four-time season champion sixth on the all-time list. The driver of the No. 18 SealMaster Honda for Dale Coyne Racing trails Al Unser by two wins for fifth place.

Wickens, who started from the pole position in the No. 6 Lucas Oil Schmidt Peterson Motorsports after winning the Verizon P1 Award in qualifying on Saturday, was vying to become the first driver to win an Indy car race in his debut since Buzz Calkins in 1996 (at Walt Disney World Speedway). Others to do it were Nigel Mansell (1993, Surfers Paradise, Australia) and Graham Hill (1966, Indianapolis 500).

Wickens led a race-high 69 laps and was in front for a Lap 108 restart following a full-course caution to restart the stalled car of Max Chilton. On the restart, Rossi, in the No. 27 NAPA AUTO PARTS Honda for Andretti Autosport, attempted an inside pass of Wickens heading into Turn 1 at the end of the airport runway front straight, but his car slid wide and the two made contact.

Rossi was able to continue but Wickens’ car was disabled, bringing out the final caution flag of the race to end under yellow. Graham Rahal slipped past Rossi in the Turn 1 melee to grab second place, the best St. Petersburg finish for the No. 15 United Rentals Honda driver since he won the race in 2008.

Verizon IndyCar Series competitors and fans have some time to catch their breath before the next race. The Phoenix Grand Prix will be run under the at ISM Raceway on Saturday, April 7. The race airs live at 9 p.m. ET on NBCSN and the Advance Auto Parts INDYCAR Radio Network.