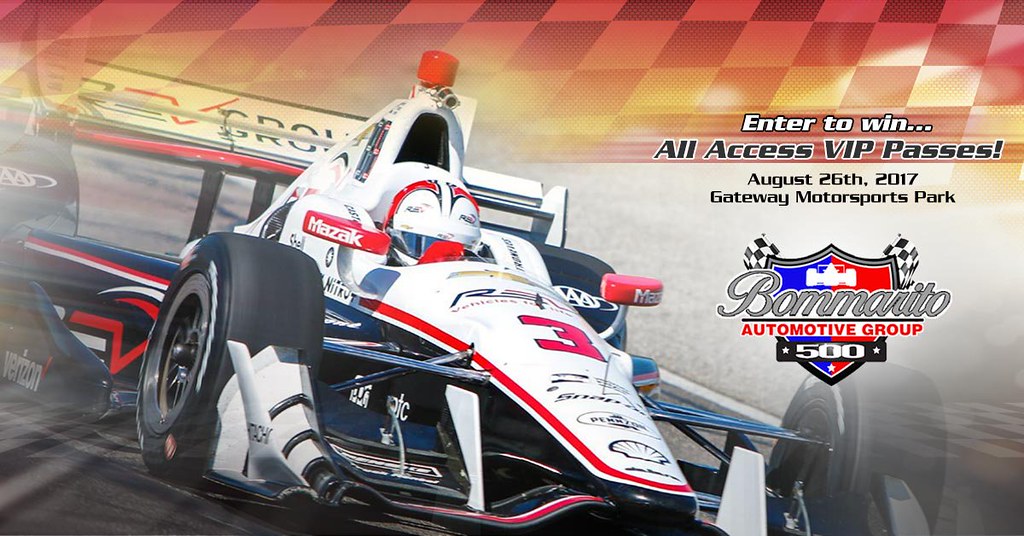 MADISON, Illinois – Josef Newgarden made a daring pass for the lead 30 laps from the finish of the Bommarito Automotive Group 500 presented by Valvoline and drove on to his third win in the last four Verizon IndyCar Series races.

The Team Penske driver won by 0.6850 of a second over Chip Ganassi Racing’s Scott Dixon to also extend his championship lead unofficially to 31 points over Dixon with two races remaining this season.

The Verizon IndyCar Series returned to Gateway Motorsports Park outside St. Louis for the first time since 2003 and was greeted by a crowd overflowing the grandstand in the frontstretch. In turn, the 21 drivers put on a thrilling show on the 1.25-mile oval.

Newgarden, in the No. 2 PPG Automotive Refinish Team Penske Chevrolet, led 170 of the 248 laps but trailed teammate Simon Pagenaud on a Lap 212 restart after the final round of pit stops. Newgarden moved inside of Pagenaud’s No. 1 Menards Team Penske Chevrolet as they battled down the front straight and the two cars touched entering Turn 1.

The contact forced Pagenaud to drift up in the corner and slow, allowing Dixon to slip past in the No. 9 NTT Data Honda. Pagenaud finished in third place.

Helio Castroneves gave Team Penske three of the top four finishers when he finished fourth in the No. 3 Shell Fuel Rewards Team Penske Chevrolet. Castroneves led 52 laps early but stalled his car during a Lap 157 pit stop and couldn’t recover.

Conor Daly finished fifth in the No. 4 ABC Supply AJ Foyt Racing Chevrolet, the American’s best finish with the team this season and his best showing since placing fourth last year at Watkins Glen.

The start of the race was slowed by a pair of incidents. Tony Kanaan spun in Turn 2 on the pace lap and backed his No. 10 NTT Data Honda into the SAFER Barrier. Kanaan went laps down while the car was repaired and eventually finished 16th.

When the green flag did wave, pole sitter Will Power spun in nearly the same place as Kanaan and hit the wall in the No. 12 Verizon Team Penske Chevrolet. The cars of Ed Carpenter and Takuma Sato touched as they tried to avoid Power, sending both into the wall as well. None of the drivers was injured but their races were over before the race had barely begun.

The unofficial Verizon IndyCar Series standings have Newgarden in the lead with 547 points, Dixon second with 516, Castroneves third at 505, Pagenaud fourth at 504 and Power fifth with 464. Graham Rahal, Alexander Rossi and Sato all remain mathematically alive for the championship as well.

The next race is the INDYCAR Grand Prix at The Glen, from the road course at Watkins Glen International. The race airs live at 1 p.m. ET Sept. 3 on NBCSN and the Advance Auto Parts INDYCAR Radio Network.